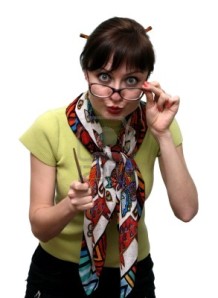 It’s an easy thing to do when the weather warms up, but leaving a garage door up while working in the back yard or anytime can be a bad idea according to police.

There have been a number of reports of burglaries in many areas of the country because residents leave their garage doors open.

In a recent case, a family left the door open overnight and thieves made off with thousands of dollars worth of golf clubs and more.

The wife happened to also leave her purse in the car which had all her credit cards and personal items. The crooks who took the credit cards immediately started using them. The thieves used the cards at a Burger King, two gas stations and a K-Mart. Hundreds of dollars was racked up in charges all in under five hours.

For the crooks, it’s a way of life. That’s their business. That’s what they do. They drive around specifically for garage doors that are open.

Another homeowner recently had thieves steal more than her belongings. They also took her peace of mind. The thieves came in while her family slept, took golf clubs, a video camera and her purse. She said the thieves ran up a number of charges on the family’s credit card before she knew it was gone. The bank covered the credit card charges, but she said she was worried about what could have happened. They could have very easily taken the garage door opener, taken the keys from the vehicle and would have gotten back in the house at any time.

The lesson here is, don’t leave your garage door open.

How many times have you accidentally left you garage door open all night, revealing all the tools, bikes, and other stuff are available to thieves – who might even enter your home via the door from your garage. It’s not uncommon. But now, there’s a new homemade “Hey dummy, you left your garage door open” reminder system!

At a cost of less than $40 this is a really clever idea. 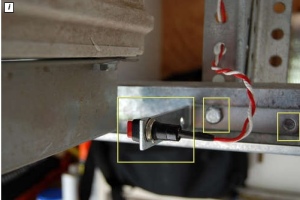 An open switch activates a small but annoying light in the master bedroom. If the garage door is open, you’ll see it at night when you turn out the lights when you turn into bed. It’s unobtrusive, but extremely functional!